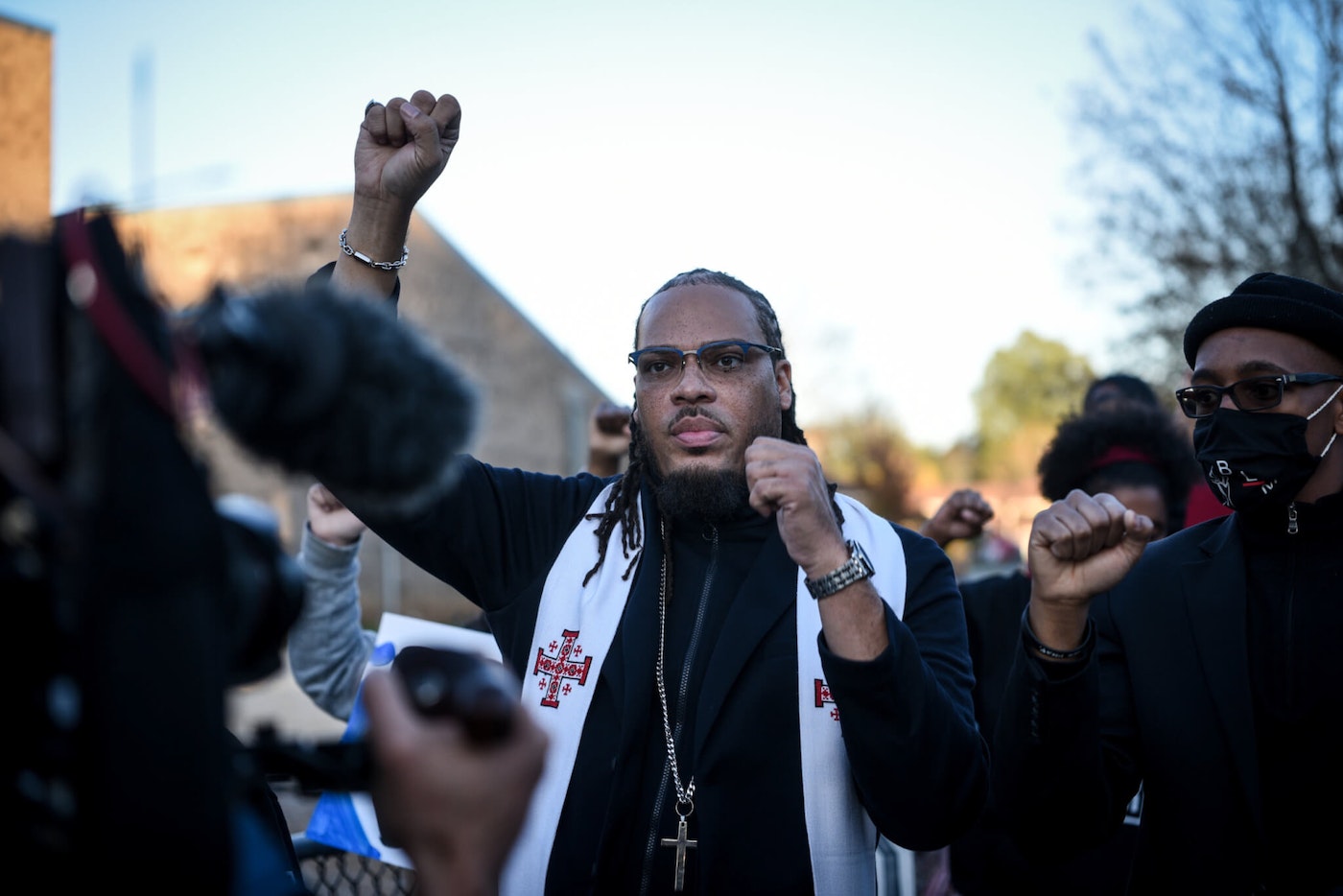 Weeks after peaceful marchers were pepper-sprayed on the way to the polls, Black Lives Matter supporters will be back in Alamance County this Sunday.

Pepper-spray discharged by police on a group of peaceful marchers, including children and the elderly, as they headed to the polls.

Arrests outside a routine county commissioner’s meeting after Black residents arrived to speak.

Escalated criminal charges against a civil rights leader who has spoken out against police brutality.

This isn’t a lookback at life in the South during the Civil Rights era, but the last month of events in Alamance County, a deeply divided county between Raleigh and Greensboro with a long history of racial discrimination.

“There is so much fear but there is so much necessity,” said Faith Cook, a Graham resident and leader of Alamance County’s People for Change.  “Something has to be done.”

She and others will be out again calling for criminal justice reform this Sunday, at a 2 p.m. protest and march leaving from Children’s Chapel United Church of Christ, 334 E. Harden St. in Graham.  The hope is to keep attention on the conflict surrounding their calls for racial equity, criminal justice reform, and the dismantling of a Confederate monument on the county courthouse step, march organizers said.

Cook was among those hit with pepper spray at an Oct. 31 march to the polls in downtown Graham on the last day of North Carolina’s early voting. The reason given by law enforcement to shut down the rally was the presence of a small gas-powered generator that was being used to amplify speakers’ voices. Rally attendees have questioned, if that was truly the only issue, why law enforcement didn’t just ask that it be removed.

By the day’s end, 23 people were arrested, including the event’s leader, the Rev. Greg Drumwright, a Greensboro pastor who grew up in the county. Drumwright has used his Justice for the Next Generation group to bring attention to the plight Black Americans face when it comes to police brutality and racial inequity.

Cook, too, was arrested that day after she stood in line to cast her vote and then headed to the jail to support other activists. There, she used her bullhorn to start singing “We are ready for change,” but was approached by sheriff’s deputies and arrested for disorderly conduct. She sees that as another sign of the lengths law enforcement in her area will go to suppress the rights of Black residents like herself.

“Each time something happens, it enrages us, but we still go out there to engage peacefully,” Cook said. “But nothing gets done, nothing gets changed.

Since then, three Black Lives Matter supporters werearrested after a county commissioner’s meeting was abruptly shut down. A group had arrived to speak during the public comment portion of the meeting about the use of force by the sheriff’s office during the Oct. 31 rally.

Then Drumwright had his misdemeanor arrest charges bumped up to a felony charge of assault on an officer by the Alamance County Sheriff’s Office last week.

“I am just the latest victim of unjust and unfounded charges that seeks to funnel Black bodies, Hispanic bodies and our white allies into the criminal justice system for doing nothing else but working against racism,” Drumwright said at a press conference last Sunday, according to ABC 11.

Sheriff Terry Johnson, when reached by Cardinal & Pine this week, said he couldn’t comment at length on the decision, other than to say that reviewing body cam and video led to the enhanced charges.

Johnson was accused of racially profiling Latino residents by federal justice department officials under the Obama administration, although he was ultimately found not culpable by a federal judge.

He said he and his agency works to respect the rights of Black and Latino residents but added that many of those coming to the rallies in Graham and his county are from outside the area.

“We work with Black and brown communities every single day,” Johnson said.

He also said his agency is going to continue upholding the state’s laws.

“We are going to enforce all laws here in Alamance County, that’s all I can say,” Johnson said.

[Johnson attracted attention at the start of the pandemic when he declined to issue a citation against a local speedway owner when races were held there in defiance of the governor’s executive order banning large gatherings.]

Recent events in the days leading up to the election brought national attention once again to this county, with its mix of suburban and urban.

None of this attention is likely to go away anytime soon.

Two of the nation’s premier civil rights legal organizations —the NAACP Legal Defense Fund and the Lawyers Committee for Civil Rights— filed federal lawsuits on behalf of marchers against law enforcement, saying that the disruptions and arrests on Oct. 31 amounted to voter suppression and voter intimidation.

“There are a lot of people that were hurt,” said Elizabeth Haddix, a North Carolina-based attorney with the Lawyers Committee for Civil Rights.

Her clients are also asking a judge to prohibit the use of pepper spray as a means of crowd control in Alamance County, in light of the protests and other community events that are likely to continue near the Confederate monument.

“They’ve been trying to talk with their elected leaders and the law enforcement agencies for a long time now,” Haddix said. “The conduct hasn’t changed.”

Volunteer for the Georgia Senate Runoff