We Don’t Know Who Won the Top Slot at the NC Supreme Court This Election. That’s Normal. 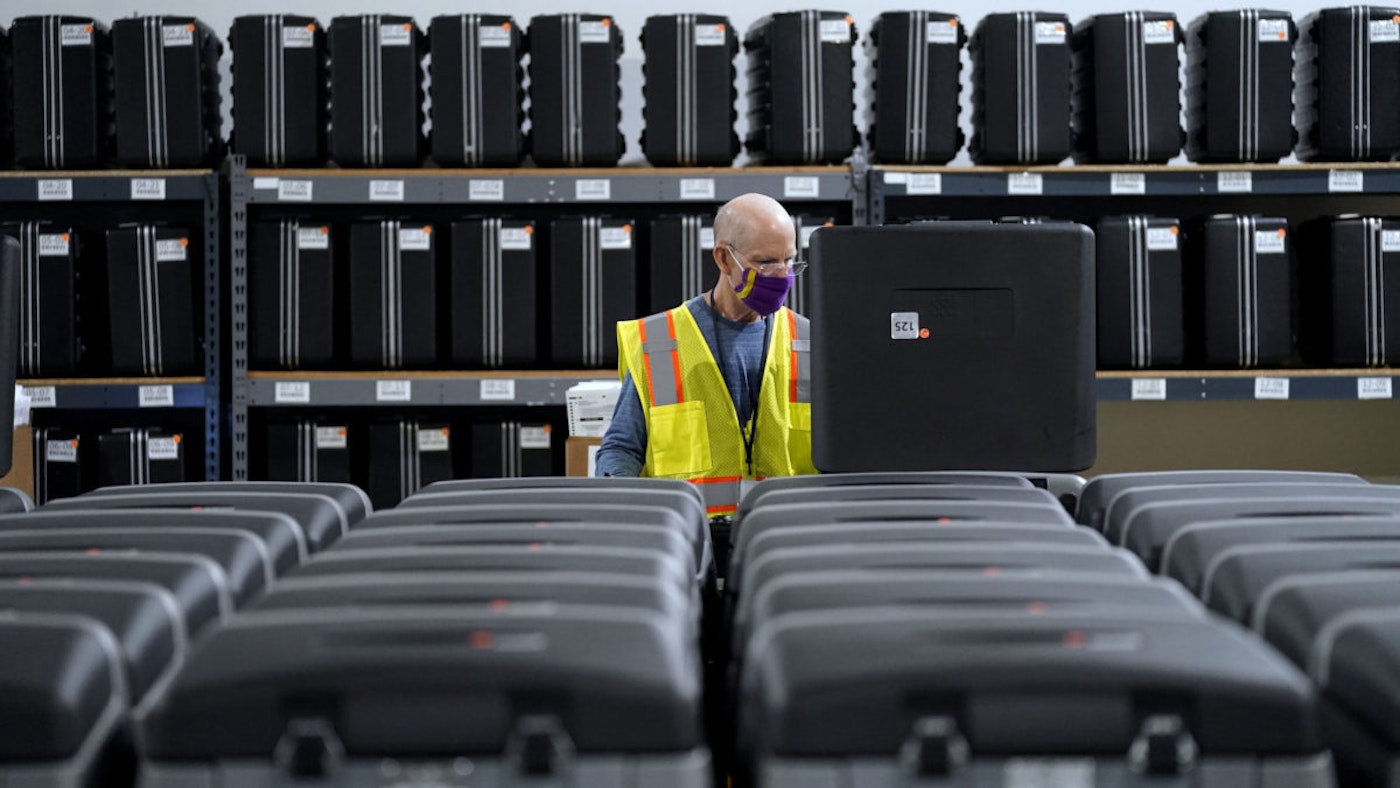 Election 2020-North Carolina VotingFILE – In this Sept. 3, 2020, file photo, a worker prepares tabulators for the upcoming election at the Wake County Board of Elections in Raleigh, N.C. Early in-person voting starts Thursday, Oct. 15, 2020, in all 100 counties in North Carolina, where the historically popular form of casting ballots has been upstaged this fall by people voting by mail during the COVID-19 pandemic. (AP Photo/Gerry Broome, file)

Seventeen days after Election Day and a few days before North Carolina’s votes are certified, the race for chief justice of the NC Supreme Court is nearly — but not quite — almost over.

The incredibly tight race, with just 400 votes separating the two, is in the midst of a statewide recount.

But, this is not a sign of delay or a sluggish process. Everything is on schedule, election officials say, in a deliberate process built to protect the very votes they are counting.

At last count, Justice Paul Newby, a Republican, led incumbent Cheri Beasley, a Democrat, by 409 votes in a judicial election with more than 5.4 million ballots cast. That air-thin margin falls well within the 10,000-vote threshold for a recount, and Beasley has requested one.

That recount is ongoing at all 100 counties so that one final count and a winner can be declared. (You can monitor the recount results here.)

As close as the race is, it will be difficult for Beasley to make up the difference. Of the 100 counties, in NC, 11 had completed their recounts as of 3:15 p.m. Newby lost a net 3 votes among those counties, and Beasley gained a net of zero.

The recount will be finished by Wednesday and the North Carolina State Board of Elections will certify the rest of its results on Tuesday, Nov. 24.

This close race and the detailed procedure for marshaling it highlight a glaring national contradiction.

Despite President Donald Trump’s bleats to the contrary, the 2020 general election was a smooth display of law, statute and civic duty conducted by elections officials who followed the process, corrected standard human error and ensured, often ballot by ballot, that every vote counted.

It was an historic election across the country. Joe Biden won more votes than any candidate in history, and Trump won more votes than any other losing incumbent in history. North Carolina also set several records, often by a wide margin. The state saw more than 5.5 million total votes cast; better than 75% voter-participation rates; surging absentee ballots; record new registrations  – all during a pandemic, a hamstrung post office, and fears of international interference.

On Thursday they announced that “all 100 county boards of election recently completed hand-to-eye audits,” a standard procedure and “an important step in confirming accurate election results.” The calendar has long been set in law and all, or most all, has gone according to plan.

What may seem like stilted, boring procedure, is really the poetry of democracy.

“Pursuant to state law, the bipartisan county boards conduct a hand-to-eye audit of ballots from randomly selected voting groups,” the NCBOE said in a news release.

“The audit is a comparison of the machine counts of ballots with hand-to-eye counts to ensure voting equipment recorded voters’ choices accurately.”

Translation: Each vote is vital, this is serious business, and state elections officials will do what it takes to get it right.

The audit included more than 150 Election Day precincts and 30 early voting sites, the board said. Only 13 audits found discrepancies between the voting machines and the hand count, and none of them were more than three votes, officials said  Most differences were attributed to human error,  including voters who marked outside the ballot bubbles or election officials who made errors in the hand count.

“This successful audit is a testament to our elections officials,” she said in the news release. “North Carolinians can be confident that their votes count.”