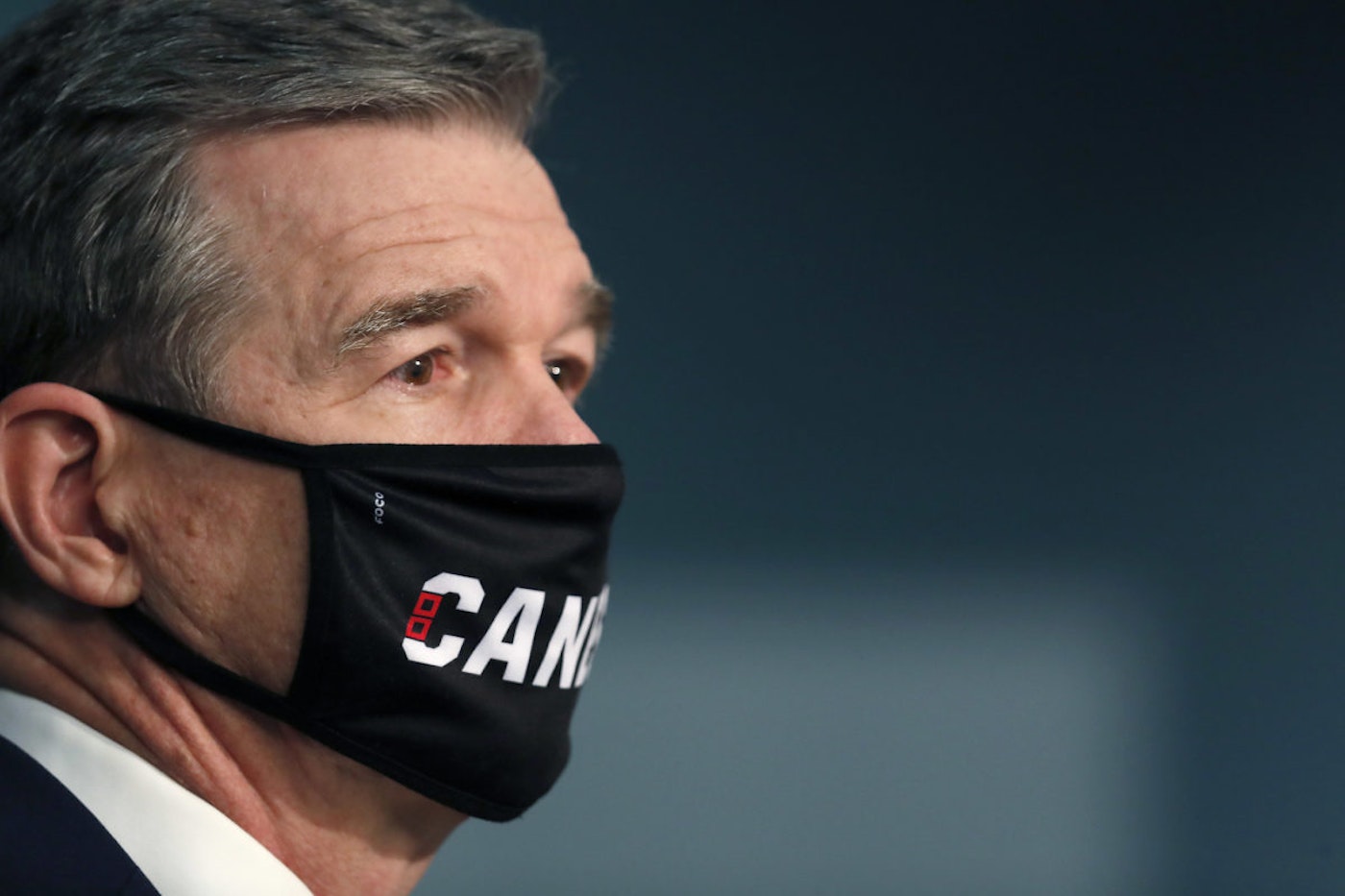 North Carolina is breaking records when it comes to COVID-19, and in a dangerous way.

More hospital beds were used to care for those with COVID-19 than ever before, with 1,501 people sick enough to need around-the-clock medical care. Tuesday saw the second-highest number of people to test positive in a single day, with 3,288 reports of new positive tests.  The death toll from COVID-19 in North Carolina stood Tuesday at 4,852 but will continue to climb.

“These are numbers we cannot ignore,” said NC Gov. Roy Cooper at a press conference Tuesday, noting the entire state is seeing widespread transmission of the disease.  He introduced a new county alert system, that will indicate when an area has a critical number of cases and ability to deal with the aftermath.

Those figures and statistics are proof the infectious disease is very much out there in the public, and spreading silently among family gatherings, casual get-togethers, church services and workplaces, said NC Department of Health and Human Services Secretary Mandy Cohen. The strain on hospitals is of particular concern, she said, with areas like the Triad seeing a jump in hospitalizations.

“We are already seeing some of our hospitals realize some strain,” Cohen said.

In light of that, Cooper again encouraged people across the state to forego the large Thanksgiving gatherings they typically might attend. He dropped the indoor gatherings limit to 10 people from 25 earlier this month.He also wants to see more local counties and communities act with localized restrictions.

“Your communities may benefit or suffer from your decision,” Cooper said.

Cohen suggested that if people are gathering, have those Thanksgiving dinners outside, with everyone wearing masks and getting tested ahead of time.

Cooper also revealed a new county COVID alert report that highlights those areas of the state that are seeing the worst of the virus, and said the NC Department of Health and Human Services would work with them to make additional suggestions for localized restrictions.

The measure looks at new cases over the last two weeks per 100,000 people, as well as percent of positive tests and the capacity of local hospitals to handle any surge in cases.

These are some suggested actions for counties with the highest levels of COVID-19 concentration:

·  Limiting socialization with other households

If counties in trouble don’t take serious steps to slow the spread of COVID-19, then Cooper said he would consider taking action.

“We may have to do more, either on a statewide level or at the local level, in some way,” Cooper said. “That decision has not yet been made, but we’re hoping that this effort can help us slow the spread.”

Hope for a Vaccine

The pleas for better compliance with public health recommendations came amid major breakthroughs in vaccine development, with two vaccine candidates showing promise they’ll be incredibly effective at protecting people from this new strain of coronavirus.

Pfizer announced last week that its vaccine candidate appears to be 90% effective in a large-scale trial of the vaccine. Then Moderna came in with equally good news, its potential candidate is testing at 94.5% effectiveness. (To put that in perspective, the flu vaccine each year has an efficacy between 40 and 60%, while two doses of the measles, mumps and rubella vaccine are 97% effective according to CDC data.)

Both, if granted emergency use by the FDA, could be available as early as mid-December to front-line and healthcare workers. Average Americans likely won’t have access until later in 2021.

A new study released today indicated that immunity to the disease could last years, or even decades.

These are all good things, Cooper said, but what remains in front of North Carolinians is a dangerous uptick in the disease right now, when there are no vaccines and no cures available.

Alamance County Democratic Women will be collecting canned goods for the COVID food pantry at the Alamance Health Department. Daily deliveries are made to quarantined families who aren’t able to get food. These items in the pantry are running low and they could use help with the following:
· Canned soups
· Ramen
· Canned fruit
· Rice
· Beans (canned or dry)