Every Vote Counts: NC’s Chief Justice Race is Down to the Wire 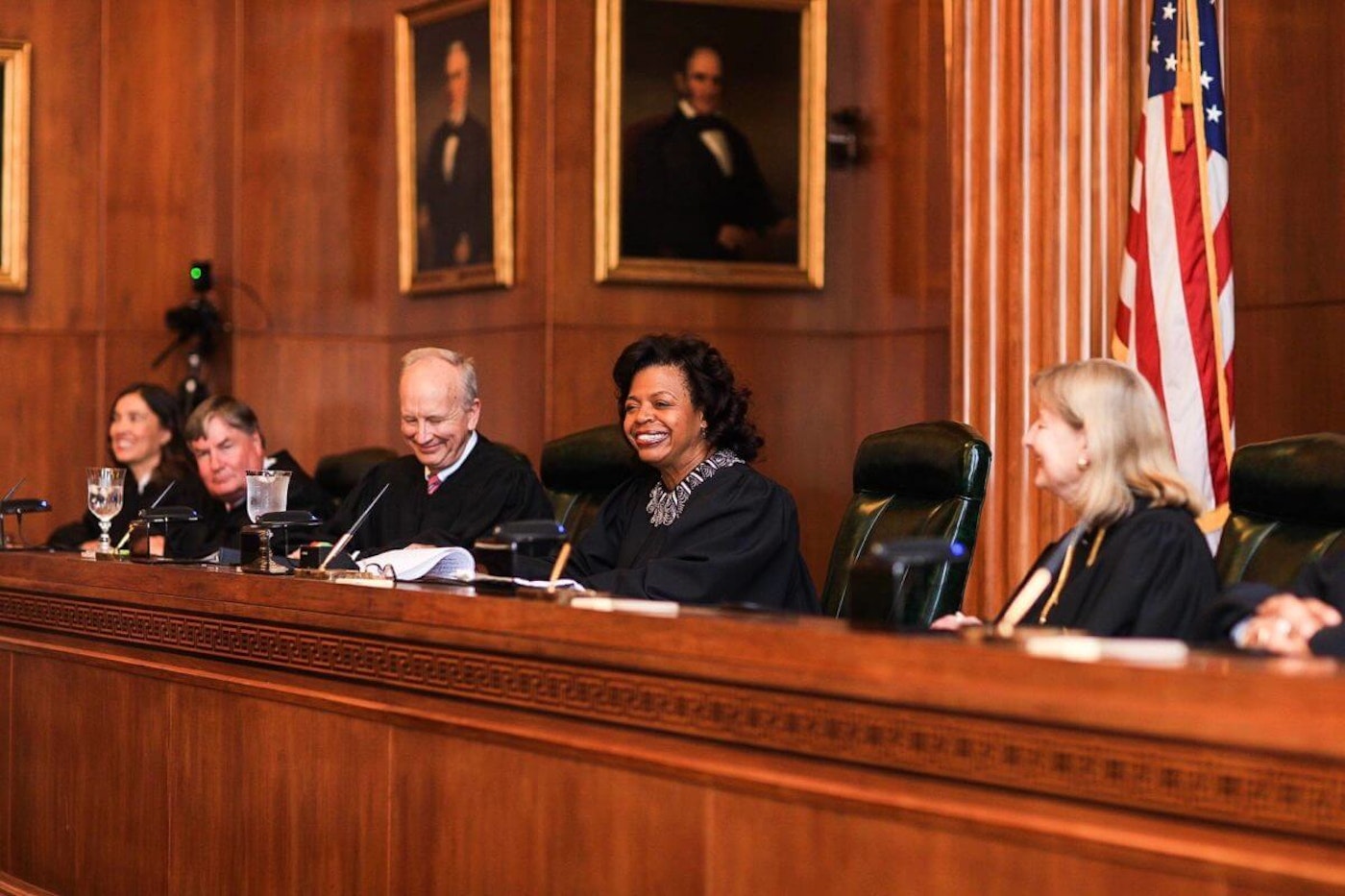 At times, the race between Cheri Beasley and Paul Newby is now separated by just 35 votes as the state tallies absentee ballots.

Note: This post has been updated to reflect Beasley’s 35-vote lead as of Saturday morning.

Readers are asking Cardinal & Pine who will be heading the state’s judiciary in January. Here’s our best answer: We don’t know.

What we do know is that every vote matters, and that the NC Supreme Court Chief Justice election this year has made that absolutely clear.

The race between incumbent Cheri Beasley, a Democrat, and her fellow Supreme Court justice, Republican Paul Newby, is so down to the wire that the victor is still unknown on Saturday, eleven days after Election Day. And the lead has gone back and forth, almost by the hour, as elections officials continue to count and update the results.

Newby had appeared to be in the lead going into the county canvassing effort on Friday.

But by Saturday morning Beasley was again in the lead, but by just 35 votes. Several Eastern North Carolina counties—Craven, Duplin, Perquimans, Robeson, Rockingham, and Sampson—still need to canvass their remaining votes, according to Joe Bruno, a reporter with Charlotte television station WSOC . Robeson, a county that was courted heavily by both presidential candidates election and ultimately gave President Donald Trump the majority of its votes, will likely by the decider with 1,234 provisional ballots to be examined on Monday to parse out the valid ones, according to reporting from the Robesonian newspaper. About 700 of those are likely to be valid.

Beasley’s campaign thinks she’ll be able to hold on to that lead, though emphasized that a recount is likely ahead and urged North Carolinians to trust process that is to follow.

“While there is likely a longer process ahead of us, one that requires patience and faith in our election process, we are confident Chief Justice Beasley will remain the Chief Justice of the North Carolina Supreme Court in January,” her campaign manager said in a written statement Friday night.

The close races seemed to mirror what was seen across the board in the very purple state of North Carolina – close races between Democrats and Republicans, said Chris Cooper, a political scientist at Western Carolina University. The state’s 15 electoral votes, for example, will go to President Donald Trump while Roy Cooper, a Democrat, was rehired by North Carolina voters in the same election.

“Our statewide elections were pretty tight,” Cooper said. And if Beasley ultimately wins, it may be because as an incumbent she was slightly more familiar to voters.

“If she pulls it out, it’s going to do a lot with simple incumbency and name recognition,” Cooper said

North Carolina is at a crucial point in its election today, with all 100 of the state’s county election boards required to finish canvassing the vote. This is the regular process that occurs in every election, when the bipartisan county boards take in all the votes cast in the course of the election—absentee (mail-in) ballots, early vote and Election Day vote—and submit the results to the state. The State Board of Elections is scheduled to meet on Nov. 24 to certify these results.

In most years, the canvass doesn’t attract much attention, given that the preliminary results on Election Day tend to give a sense of who emerged a victor in the democratic election.

But 2020 is not like most years, as we have learned time and time again. The higher-than-normal percentage of people that opted for mail-in, or absentee, voting means that many more votes than normal came in after Nov. 3. (Those ballots had to be postmarked by Nov. 3 in order to be counted.)

The election between Beasley and Newby will likely remain undecided, with a recount expected. Recounts are allowed in statewide races with a vote difference of less than 10,000 and can be requested by the candidate who is the runner-up.

Any recount requests will need to be made by Tuesday, and then county election boards would conduct recounts in public meetings.

Most of the issues before the NC Supreme Court are not high-profile and have to do with narrow areas of state law and considering whether decisions made in county courthouses were in line with the state’s constitution. But the court has been increasingly called upon in recent years to settle disputes between the Republican-led legislature and Cooper.

They’ll also likely be tapped as well with weighing whether controversial legislative laws like redistricting and school funding formulas are in line with the state’s constitution, matters that tend to break down more on partisan lines.

Beasley, a Democrat, had been appointed to the head of the state’s judicial branch in 2019 by Gov. Roy Cooper, the latest move in a long judicial career in the state. She became the first Black woman to sit at the helm of the state’s judiciary system, following another barrier she broke through in 2008 when she became the first Black woman elected to statewide office as a member of the NC Court of Appeals.

Newby is no stranger to the high court and is the longest serving member on the NC Supreme Court having been elected to serve in 2004.

The chief justice race was significant for both parties this year. Democrats went into the 2020 election hoping to improve on their current standing, where Newby was the sole Republican on the seven-member state Supreme Court. And Republicans likewise hoped they would be able to bring conservative approaches to the court.

Even with the chief justice race still undecided, Republicans were the big winners overall in the 2020 election with Phil Berger Jr., a Republican, beating his Democrat opponent Lucy Inman. And Tamara Barringer, a Republican lawyer and former state senator, beat Democrat Mark Davis who had been appointed to the seat because of a vacancy.

The NC Court of Appeals, the appellate court below that of the Supreme Court, saw Republicans win in all five of the appellate court races. Jefferson Griffin, Jeff Carpenter, Chris Dillon, Fred Gore and April Wood will all join the 15-member appeals court in January.

That means Beasley, if she does manage to eke out a victory as all the valid votes are tallied, will be the only Democrat to emerge from statewide judicial elections this year.