As you know Ricky Hurtado’s race is very close. He is currently ahead by a little less than 400 votes. There are about 800 provisional and problem ballots in District 63 that need to be fixed. Usually that involves an issue with the witness signature or address. We just received the mobilize links to sign up for chase and cure canvass (see below). Volunteers will have to go through a training first before canvassing . Time is of the essence! Please sign up below. Thanks! https://www.mobilize.us/nc2020victory/event/362501/

Close Races from 2020 Election Will Have Week Wait for Results 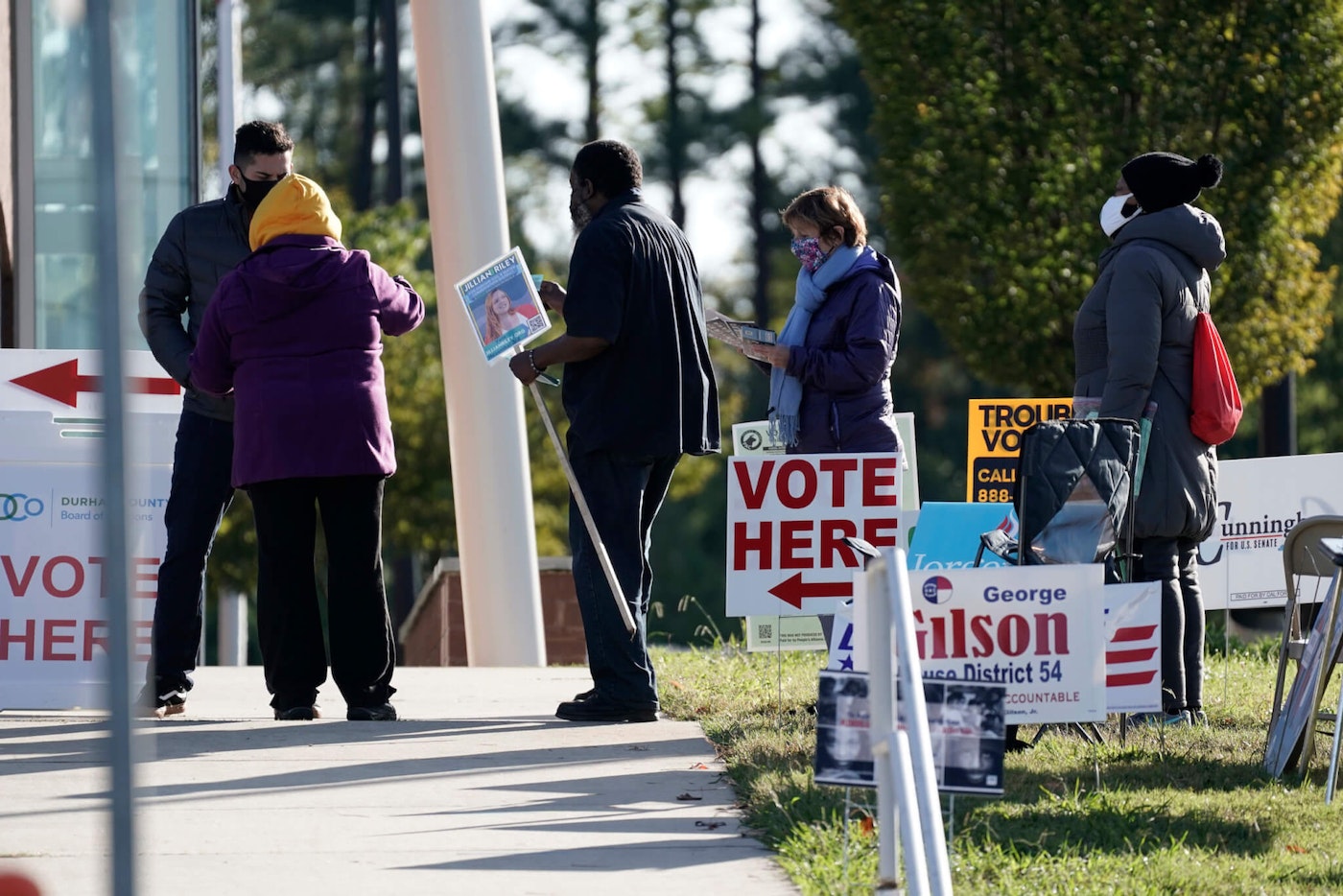 The wait for election results is on in the battleground state of North Carolina, where election officials will count outstanding ballots and likely release totals next Thursday.

If you, like most of the nation, are looking for closure in North Carolina, you’re just going to have to wait.

Though the state will continue to methodically count provisional ballots and up to 117,000 late-arriving absentee ballots, there will likely be no updates or lead changes announced until Nov. 12, state elections officials said on Wednesday.

North Carolina is too close to call in the presidential race, with President Donald Trump currently showing a slight lead, and in several key state races, including attorney general, commissioner of labor, and three seats on the state’s seven-member Supreme Court. But, there will be no parsing these races as the extra votes come in a bit at a time.

Absentee ballots postmarked by Election Day will be accepted until the 12th. Then county election officials will hold individual public meetings on Nov. 12 or Nov. 13 to add the accepted ballots to the totals.

It is all part of the canvassing process, a deliberate approach that happens every election and is intended to protect the integrity of the vote and achieve an accurate count. It is not to offer clues about the eventual winner.

In fact, state elections officials said in a news conference, they are not even looking at who is leading whom.

“Regardless of vote differentials, we never stop counting until all eligible votes are counted and added to the final certified and audited results,” Karen Brinson Bell, the executive director of the North Carolina Board of Elections told reporters.

“Until we have all the votes uploaded as part of our canvass certification meeting, that’s when we’ll look to see what the vote margins are.”

The canvassing process will be a lot of work, Bell said, and, by necessity, takes time.

“The actual casting of ballots has ended,” Bell said, “but the election is not over.”

As it does in every election, Bell said, officials will begin researching provisional ballots which are those cast by voters who may be eligible but who faced questions at the polls about their current address or other information. They’ll count those ballots, process them and accept the eligible absentee ballots. And, again, those results likely won’t be released to the public until Nov. 12, a week from tomorrow.

Officials will have to research voter histories, conduct audits of each ballot by hand, reconcile the ballots cast with the number of registered voters, as well as other crucial but time-consuming tasks.

“This is the canvass process defined by North Carolina law and the process that occurs with every election by the election professionals across this great state,” Bell said.

While they will not tell us who won, they will tell us that the election broke all records of participation.

There were 5.5 million total ballots cast and and counted so far, just under 75% of registered voters. A record.

This is a thank you. It is a thank you to ALL our brave candidates who spent months working incredibly hard to earn the right to represent the citizens of Alamance. This is also a thank you to the many volunteers who worked tirelessly in a variety of ways to support those dedicated candidates.

It is also a plea for patience and for fortitude. We need to be patient and wait out the process as remaining votes are counted…and all votes should and must be counted. We also must have fortitude, especially our candidates. To run for office as a Democratic candidate in Alamance is not for the faint of heart. It is a challenge anywhere, but in Alamance County it is a 24-7 commitment where you will likely get attacked online, in person, in a newspaper, and even on signs by the roadside. Yet we ask that our candidates persist, that they learn from a loss, and they run again. And we pledge that once again we will support you whether it is with our dollars
or our time.
Forward together,
Elaine Berry

Thank you to EVERYONE who voted.

Congratulations to our victors:

We certainly had the best candidates. Some of them won this time and others did not but our bench is deep and our resolve is sure.